So this year will mark my 50th, and so here is a picture of me, 5 months post dyeing my hair.

Do you see any difference? Indeed which is better.

This is as close as it gets, and for me the question is: what looks better? my natural hair or the red? (excuse the picture it’s from camping)

It’s been a while and a lot has changed.

So, life has continued on the busy trajectory. Since my last post, I’ve changed jobs, moved house, both kids are at school, and weekends have taken on a whole new meaning with kids sports, and after school activities, bought a tent for camping, got a 4 bike rack to take the bikes on holiday and learnt some new recipes among lots of other things. The juggling continues but in other ways the children are growing and becoming more independent, and

The weight battle continues, and I find myself at a crossroads, where I need to do something different again. I’m here to find inspiration again and see where that leads. Wish me luck!

We’re now  3 weeks into #lifebetweenwork, I haven’t described it as #lifeafterwork because I’ve been so busy focusing on what’s next with work that I haven’t had time to enjoy just celebrating #lifebetweenwork. However a quick google of #lifebetweenwork quickly shows I’m missing an important ingredient….#taketimetorelax

So that’s what I’ll do next. Here’s to tomorrow.

Until now, whenever there has been a restructure at work I have managed to escape and keep my job, but not this time. This time was different. This one was big. This one was the one where they had to make a lot of cuts in a short time, and so with no permanent job on offer, I’ve taken the option to leave and then determine what’s next.

After 11 years this is a big change. Ouch. As much as you think can be prepared for such a change, you are never prepared and the rawness of it is real.

Shock. Disbelief. Anger. Worry. Uncertainty. I’ve been going through all of it for the last 4 weeks or so. There are glimpses of optimism, and of thankfulness that I’ll  get to spend some time at home with the kids. But really it’s all about change, and yes, there are going to be big changes coming up in 2016.

So this post and my posts for the next while will be about change, and all it entails.

A few times recently I’ve seen articles where people have written about “what message would you give to your younger self” if you were given the chance.

I’ve thought about that a lot recently. As a mother of two young children I’m all too aware that they have their whole lives ahead of them, full of opportunity and possibility. I on the otherhand have reached that point that some describe as “middle age”. I mean really who would ever invent such a term. It invokes panic, and use-by dates, and I’m past it, what could there ever be there to look forward to now that I’ve reached the dreaded “middle age”.

Well for starters I refuse to be defined by a societal definition of what I should be doing at this phase in life and focus on where I am, right here, right now, in my life.

You see when I was 15, I had this vision of what my life would look like. It looked something like this: finishing school, going to university, getting married, having a kid or 2 (starting at about age 26-28), parent… and then what….I guess I didn’t think too much beyond the having a kid piece. Along the way I also had the ususal teenage ambitions, like getting a boyfriend, first kiss, hanging with my friends and living the “girls can do anything” approach that was drummed into us at my girls only high school.

Is that what happened?

Not really, you see I didn’t anticipate that the “girls can do anything” attitude would have such a profound effect on my life. So instead my life panned out something like: finish school (with a kiss and a couple of not too serious boyfriends along the way), go to university (a few years of not worrying about too much at all), and then two years later finishing my post-graduate study in a whole new field (another story). So, 6 years after finishing school at the grand age of 24 years old I finally got my first full time job. (Who said it’s only millenials that don’t take life too seriously, us Gen-Xers can do it, and have done it too :))

Along the way I had a long term relationship, but that ended after 7-8 years and then at 31 years old, I found myself single, and living in a foreign land (I was living in London at the time). It was from here, I made the decision to come back to my roots. Back to NZ to build a new life. A life that wouldn’t quite look like the planned one, but I was home.

Back home in NZ, I found myself a flat to live in with a couple of friends, I found a good job, I made some new friends, I had a somewhat serious boyfriend but decided he wasn’t the one, bought myself a house, got myself a cat, and contemplated what the future might bring. Meanwhile it seemed that everyone was settled down and raising families, and here I was 36 and wondering if Mr Right will ever come along.

Then, lo and behold, life does work in strange ways, and so it was that the stars aligned, I attended a friend’s party, and a newly single man was also at the party. We hit it off, and not long after started dating, and life keeps on moving, and so it was that to be that at 39, I became a first time mother, and a second time mum at 42. Tomorrow our youngest turns 3, time has flown and I find myself reflecting on how time just flies, and wondering what the next few years will bring.

Back to that note to my 15 year old self. It would read something like “It will all be ok, remain true to yourself and keep following your dreams. Have confidence in who you are and what you do. I know you lack it sometimes but everyone does, and for the most part you do live your life with confidence. Have integrity. You will always be growing and changing, and the unexpected will always happen, and remember the words your Gran wrote in your autograph book way back when you were about 12:

This journey towards minimalism must be the slowest, or at least one of the slowest on record. For most of my life I’ve tried to be tidy. Further, for the last six years or so, I’ve been striving towards the goal of minimalism. But this just seems to be so hard, especially with a growing family of four (2 adults and 2 kids) it’s a constant battle.
You see we have all the right plans in place like stop buying stuff we don’t need, creating a daily routine to re-set the house each day…but it seems we’re up against a losing battle a.k.a a 5 year old and a 2 year old who seem insistent on always bringing out all the toys and scattering them as far as they can, numerous times a day!

Today, I’m too tired to pick them up, (so will blog instead), and then face the music, i.e. mess in the morning.

On second thoughts I really should just pick them up (or risk tripping on them in the morning)!

Sometimes just getting out and about in nature can lift your spirits.

One of my favourite walks is walking through the bush near our house. One particular walk takes us up to the 800 year old tree. Here’s a picture.It’s hard to appreciate just how big this tree is from the photo, but it is truly awe-inspiring.

This photo was taken back in May when the weather was still somewhat ok for the whole family to walk to. Now, it’s been raining a bit so would be too muddy and slippery to walk through the bush. Roll on summer and the chance to get back into the bush! 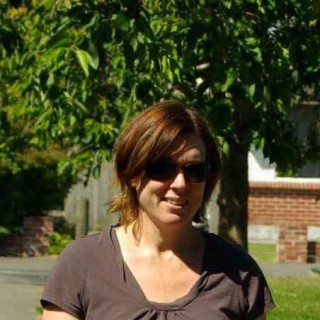 Passionate about change and making a difference.

Small Steps to Change Now
Create a free website or blog at WordPress.com.